Writer, Journalist, and Editor among the talking heads.

Lauren Wade should have been setting off for another day of school on Friday morning, but instead her parents Margaret Wade and Marie Sweeney were being jailed for neglect which led to her death. On March 20, 2015, the two-year-old was found unresponsive on the couch of the family home in Sighthill, Glasgow.
Link to Story

Richard Madden has a great chance of winning a National Television Award for his role in BBC drama Bodyguard, according to Dermot O’Leary. The award show’s host was speaking at the V&A museum in Dundee after announcing this year’s NTAs shortlist. Having now already won a Golden Globe, Madden is up for the Best Drama Performance award alongside Killing Eve’s Jodie Comer, Our Girl’s Michelle Keegan, Jodie Whittaker as the first female timelord in Doctor Who and Peaky Blinders’ Cillian Murphy.
Link to Story

Harry Benson has been among war zones, band tours and breaking news with a camera lens for the best part of six decades. The Clarkston-born expat saw the Berlin Wall go up and come down and was standing next to Robert Kennedy when the American politician was shot. He first photographed President Dwight Eisenhower in 1959 and has taken pictures of all his successors since.
Link to Story

For many young children across the world the notion of jumpers for goalposts is second nature whether its playing football in a park, at school or outside your house. Often you wouldn't even play as yourself, instead kicking around as a hero of your choosing from whichever generation you look up to: Jim Baxter, Pele, David Beckham and Lionel Messi.
Link to Story

Do you know the mysterious origins behind Kilmarnock Halloween?

October 31 is synonymous worldwide with being Halloween. Pumpkins, party decorations and plenty of sugar are the staples of any celebrations. Except in Kilmarnock - unless of course October 31 happens to fall on the last Friday of the month, for that is when the East Ayrshire town actually celebrates Halloween.
Link to Story

Screen nine at the Cineworld multiplex on Renfrew Street in Glasgow looks like any other with its 11.6m by 5m curved display and its 136 cushioned seats. There is much more going on behind the scenes, however. This is Scotland's first 4DX theatre. Described as "the biggest innovation in cinematic technology" Cineworld has utilised "high-tech motion seats and special effects" working in sync with any 2D or 3D film designated to the screen.
Link to Story

What happens next? Examining the future after Brexit vote

Now it has officially been announced Britain is leaving the European Union, voting 51.9% to 48.1% in favour, negotiations over the terms of the country's exit will take place. Article 50 of the 2007 Lisbon Treaty envisages a two-year negotiation to draw up a withdrawal agreement. If no deal is reached and any of the other 27 states block an extension of talks, the EU treaties simply cease to apply to the state in question at the end of the period.
Link to Story

One year on: Timeline of Karen Buckley's 'shocking and disturbing' murder

11th: Irish student Karen Buckley met with three other friends at a flat in the Garnethill area of Glasgow for drinks before a night out. The group headed to Sanctuary nightclub on Dumbarton Road and arrived around 11.45pm. On the same evening Alexander Pacteau had a group of friends around at his flat in Dorchester Avenue before heading to a pre-booked booth at the same venue.
Link to Story

The One Ronnie: The numbers behind diminutive comedy giant Corbett

He was one half of The Two Ronnies with his diminutive 4ft 9in height standing next to his 5ft 6in comedy partner. Despite their gap in height, Corbett and Barker could not be closer to the same wavelength with their humour, which reached people far and wide across the country. The passing of Edinburgh-born Ronnie Corbett on Thursday, March 31, comes over a decade after the nation mourned the loss of Ronnie Barker after he suffered heart failure at the age of 76.
Link to Story

The Glasgow Effect has caused much controversy since artist Ellie Harrison announced she was receiving £15,000 for the art project. She plans to stay in the city for a year before studying the effect on her mental health, social life and career with the project sharing a name with the term given to the city's poor health and low life expectancy.
Link to Story

FAI: What happened on the afternoon of December 22?

Three days before Christmas last year bin lorry driver Harry Clarke was driving his Glasgow City Council vehicle through the city centre which was bustling with shoppers and commuters. Approaching Queen Street and George Square, he lost conciousness at the wheel and just 19 seconds later six people were dead and more than a dozen others were injured.
Link to Story

Was the Claymores' demise good for American football in Scotland?

American football fans around the world are gearing up for the landmark Super Bowl 50 with the sport’s biggest prize to be won in front of an audience of hundreds of millions. In Scotland it will be no different, with countless viewings being held across the country on television at home, organised parties or public events.
Link to Story
View More Stories

· Currently a production journalist (sub-editor) at Press Association, based in Glasgow but working across all wires.

· Started working at STV in October 2012 for local websites covering Lanarkshire, then city apps in Glasgow/Edinburgh/Aberdeen/Dundee.

· Became part of the news output team focusing on added value content, and continued working on the daily Morning Briefing email newsletter - sent to an audience of 60,000.

· Worked with STV Sport on a regular basis including broadcast interviews and transfer deadline day coverage.

· Still contribute to the Airdrieonians FC matchday programme and website, and edit the club file for Sports Interactive’s “Football Manager”.

· Featured in John MacKay's "Notes of a Newsman", released September 2015. 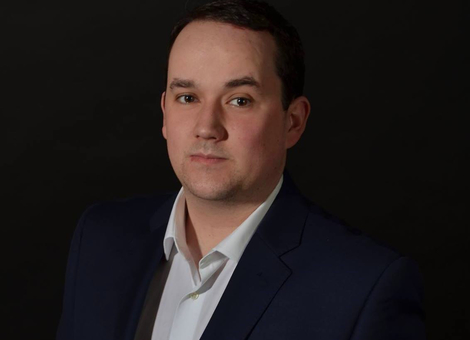